Contaminants on Clothing Can Cause Environmental Illness
John W.
January 10, 2020

“Hundreds of Delta Air Lines employees have sued Lands’ End claiming they have suffered “serious” reactions and health problems as a result of the clothing company-produced uniforms, court papers show.”

“When the uniforms were distributed to Delta’s roughly 64,000 employees in May 2018, hundreds, if not thousands, allegedly began to suffer respiratory issues, “such as severe respiratory distress” and difficulty breathing, as well as skin reactions and blisters and hair loss, migraines, nosebleeds and “auto-immune conditions,” according to the suit.”

Environmental illness includes diseases attributed to environmental factors and are not transmitted through genes or by any other route of infection. Exposure to harmful volatile organic chemicals (VOCs), pesticides, herbicides, radiation, air pollution, water pollution, toxins, pathogens, radiation, and man-made chemicals found in almost all personal care products and household cleaners are possible causes of a large segment of environmental diseases. Mold illness is captured under pathogens and mycotoxins are captured under toxins.

Clothing is often treated with chemicals used as flame retardants, for wrinkle prevention, to maintain stretchiness, for stain resistance, to deodorize, to promote ease of wear and durability.  In this case, Delta uniforms were created to have these features.  Unfortunately, there are few regulations preventing the use of these chemicals.  Chemicals used in Dry Cleaning can also cause irritations.

Clothes and bed linens exposed to mold and mycotoxins carry the same risk.  While they are not “treated” with chemical toxins like the uniforms discussed earlier, exposure to mold and mycotoxins can contaminate clothing and linens and pose the same risks.  Making the problem more complicated, washing machines can become contaminated with mold.  The warm, wet conditions combined with fabric softener and clothing fibers, which serve as nutrients, can result in growth of colonies of mold on the water tight front loading door gaskets.  This issue is primarily caused by front loading machines that must be cleaned and drained of excess water (i.e. – they must be dry when not in use).

Mold is seldom detected after being laundered due to chemical fragrances used in laundry detergents.  One clue of contamination is the presence of a musty smell after drying. The mold exposure is carried with the patient throughout the day and disturbance of mold colonies can release mold spores and mycotoxins into the immediate air of the person wearing the clothing.  This result can cause any of the symptoms similar to those experienced by the Delta employees.  Once clothing is worn, combining the moldy clothes with other clothing in the hamper can contaminate other clothes.

Use of Regular Detergents and Fabric Softeners

Regular detergents do not have antifungal properties and are ineffective in cleaning mold from clothes.  Fabric softener is made of cellulose that can contaminate washing machines.  Mold can often be found inside the dispenser tray or hidden below or in between folded crevices on the rubber seal. 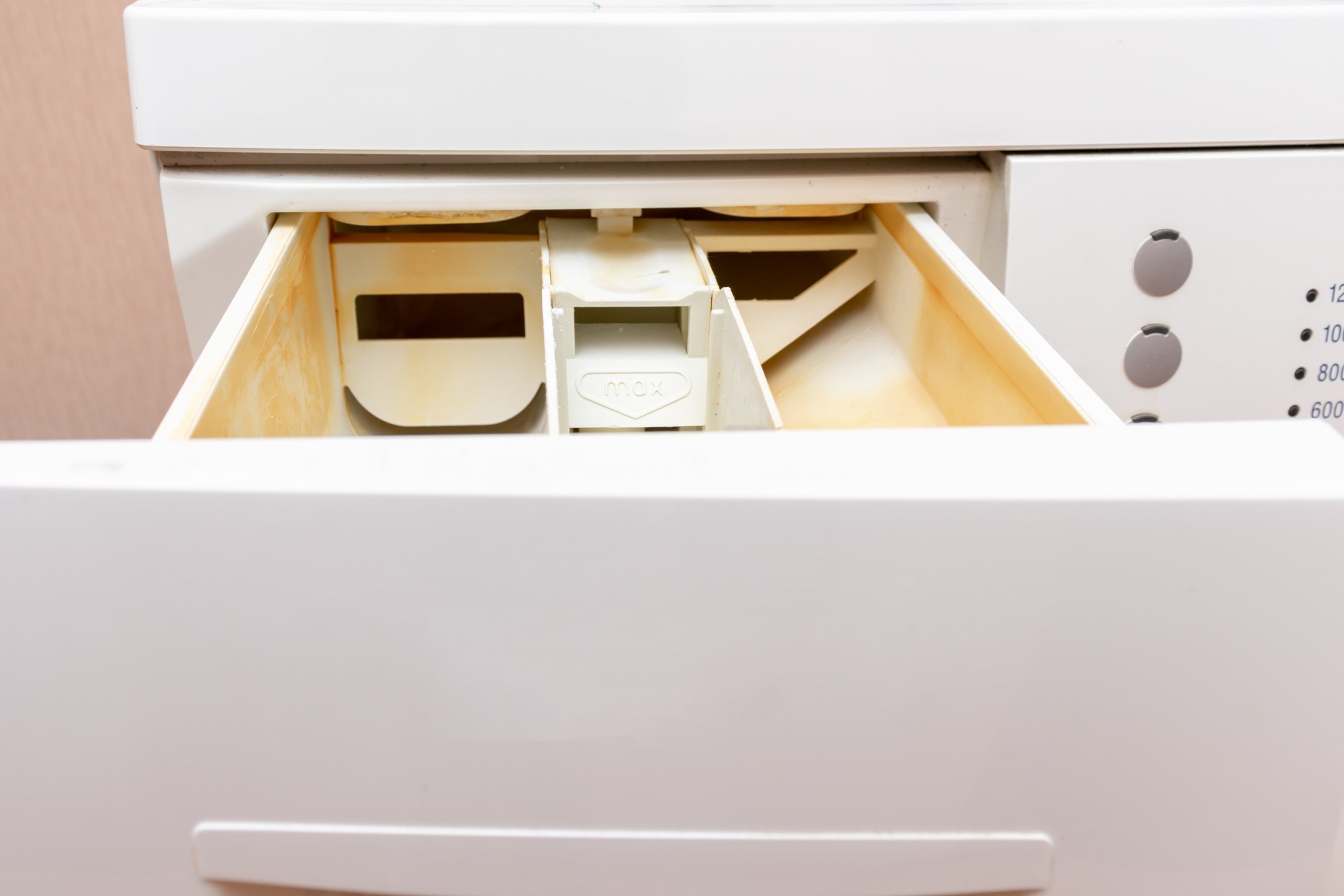 If you have been in a moldy environment, you can test your clothing for mold.  An ImmunoLytics Visual Mold Test ($3 per plate) will tell you conclusively if you have significant mold on your clothing.  You also have the option of sending these plates into the lab for lab testing to identify the specific mold genera that are contaminating your clothing and being carried around with you.

Walter Hayhurst developed CitriSafe Laundry Liquid Detergent in the early 2000’s to address his wife and family’s need to maintain a completely mold free environment for their health concerns. Coincidentally, this time frame coincided with the introductory years and mainstream popularity of front load washing machines.  The new front-loading machines used less water, were energy efficient, and cleaned clothing better than top loads.  Unfortunately, many mold issues associated with the laundry room arose due to the mold accumulating in the rubber gasket fold in the door seal.  These machines still require regular mold maintenance cleaning, draining of excess water, and the use an antifungal detergent to keep the machine mold free.

CitriSafe Laundry Liquid Detergent was developed with the following objectives:

The result was a highly effective and very potent detergent that removes mold and musty or putrid smells from bacteria and mold.  Clothes come out fresh smelling and mold free.  It takes only 1 oz. per load of laundry.  This means that a single bottle of CitriSafe Laundry Liquid will clean 32 loads making it cost effective.  I recommend using a small measuring cup or a shot glass to avoid unnecessary overuse and prolonging the bottle lifecycle.